Pain in the Top of the Foot

There are all sorts of reasons why a patient may experience pain on the top of their foot. In the absence of a particular injury, the cause is likely to be something which will get worse without intervention. We want our patients to understand the importance of visiting a podiatrist whenever pain lasts for longer than a week, so we’ve provided a brief description of three of the most common ailments. They are preventable with exercise and better habits.

A stress fracture is a break or severe bruise within a bone that is caused by overuse. Stress fractures in the foot’s central metatarsal bones of the feet are not uncommon in athletes whose sports require their feet to make frequent impacts, such as running, soccer, and basketball. The outermost metatarsal is particularly vulnerable to breaking during ankle rolls. If the foot bones have an unusual deformity, they may also be under increased pressure and break down more easily. Diagnosing stress fractures requires imaging tests such as x-rays or MRIs. Athletes can avoid them by increasing their amount of activity at a steady rate, giving their muscles time to build up, and by varying their exercise routines.

The foot’s extensor tendons are what allow it to flex up and down and extend the toes. These tendons connect to the muscles in front of the leg, with one running to the big toe and the other branching off to the remaining four. These tendons are especially prone to wear in people who wear poorly-fitted shoes while running or who run excessively. Podiatrists test for extensor tendonitis by asking people to flex their feet downward and curl their toes. Along with regularly getting new shoes, people can avoid extensor tendonitis by stretching their calf muscles. (Remember to always warm muscles up before stretching them.) If the tendons are inflamed and not just worn down, an anti-inflammatory drug may be prescribed.

Gout is a form of arthritis (joint inflammation) caused by the accumulation of uric acid crystals. The joint of the big toe is the one usually affected, although structures near it may be painfully swollen, as well. Uric acid crystals can be tested for with imaging devices and elevated uric acid levels are detectable through blood tests. Oral nonsteroidal anti-inflammatory drugs can reduce swelling and other medications can improve the kidney’s filtering of uric acid. People can avoid gout by drinking lots of water and avoiding alcohol and fatty foods. 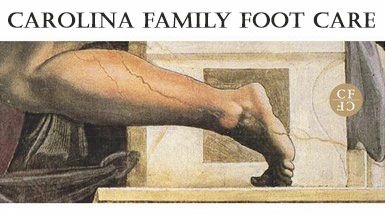